In today’s announcement by the Bank of Canada, the key interest rate has remained unchanged at 1%. This means no change to the prime lending rate charged by financial institutions (and consequently no changes for variable or Home Equity Line of Credit borrowers). The next interest rate announcement is scheduled for June 5th 2012.

Here is an excerpt from the Bank of Canada’s release:

Ottawa, Ontario -
The Bank of Canada today announced that it is maintaining its target for the overnight rate at 1 per cent. The Bank Rate is correspondingly 1 1/4 per cent and the deposit rate is 3/4 per cent.
The profile for global economic growth has improved since the Bank released its January Monetary Policy Report (MPR). Europe is expected to emerge slowly from recession in the second half of 2012, although the risks around this outlook remain high. The profile for U.S. growth is slightly stronger, reflecting the balance of somewhat improved labour markets, financial conditions and confidence on the one hand, and emerging fiscal consolidation and ongoing household deleveraging on the other. Economic activity in emerging-market economies is expected to moderate to a still-robust pace over the projection horizon, supported by an easing of macroeconomic policies. Improved global economic prospects, supply disruptions and geopolitical risks have kept commodity prices elevated. In particular, the international price of oil has risen further and is now considerably higher than that received by Canadian producers. If sustained, these oil price developments could dampen the improvement in economic momentum.
Overall, economic momentum in Canada is slightly firmer than the Bank had expected in January. The external headwinds facing Canada have abated somewhat, with the U.S. recovery more resilient and financial conditions more supportive than previously anticipated. As a result, business and household confidence are improving faster than forecast in January. The Bank projects that private domestic demand will account for almost all of Canada’s economic growth over the projection horizon. Household spending is expected to remain high relative to GDP as households add to their debt burden, which remains the biggest domestic risk. Business investment is projected to remain robust, reflecting solid balance sheets, very favourable credit conditions, continuing strong terms of trade and heightened competitive pressures. The contribution of government spending to growth is expected to be quite modest over the projection horizon, in line with recent federal and provincial budgets. The recovery in net exports is likely to remain weak in light of modest external demand and ongoing competitiveness challenges, including the persistent strength of the Canadian dollar.
The Bank projects that the economy will grow by 2.4 per cent in both 2012 and 2013 before moderating to 2.2 per cent in 2014. The degree of economic slack has been somewhat smaller than the Bank had anticipated in January, and the economy is now expected to return to full capacity in the first half of 2013.
As a result of this reduced slack and higher gasoline prices, the profile for inflation is expected to be somewhat firmer than anticipated in January. After moderating this quarter, total CPI inflation is expected, along with core inflation, to be around 2 per cent over the balance of the projection horizon as the economy reaches its production potential, the growth of labour compensation remains moderate, and inflation expectations stay well-anchored.
Reflecting all of these factors, the Bank has decided to maintain the target for the overnight rate at 1 per cent. In light of the reduced slack in the economy and firmer underlying inflation, some modest withdrawal of the present considerable monetary policy stimulus may become appropriate, consistent with achieving the 2 per cent inflation target over the medium term. The timing and degree of any such withdrawal will be weighed carefully against domestic and global economic developments.
Information note:
A full update of the Bank’s outlook for the economy and inflation, including risks to the projection, will be published in the MPR on 18 April 2012. The next scheduled date for announcing the overnight rate target is 5 June 2012. 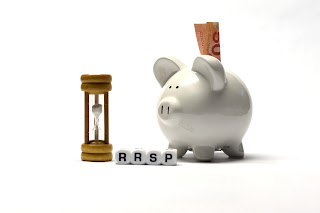 How to use your RRSP to pay your mortgage 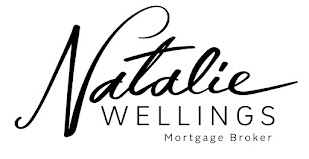 Need to get pre-approved, want to refinance your mortgage to take advantage of today's low rates? CLICK HERE

There are many benefits to using an independent mortgage broker to obtain mortgage financing.

1. I am independent. I can give you multiple mortgage options based on a variety of factors (rate isn't always the only important consideration).

3. Mortgage brokers will work quickly and efficiently to help select a mortgage lender that meets your needs, guide you all the way through the application to the approval process, as well as offer personalized service and advice over the life of your mortgage.

4. The best part? The lenders pay me to set up your financing and send business their way so there is usually no charge for you to use an independent broker to arrange your financing!

If you require a mortgage, want a second opinion or have any questions in regards to mortgage financing, I would be pleased to assist you.

Promote your Page too

The information contained within this blog and posted by the author is believed to be true but cannot be guaranteed to be so. The author of this blog takes absolutely no responsibility for the comments posted by third parties on this blog.